Why studying aviation management in KSU is the best option? 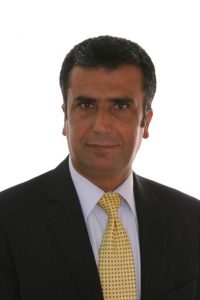 The aviation industry is one of the most resilient industries in the globe. It has survived banking collapses, economic downturns, terrorism and the growth trend is upward and above 5% annually. Aviation supports over 65 million jobs and generates $2.7 trillion in economic activity (2018). Over 4.3 billion people travelled (2018) up from 3.1 billion (2013) and this figure is set to rise to over 8.2 billion by 2037. Boeing aircraft manufacturer has forecasted a long-term demand for 42,700 new airplanes, valued at $6.3 trillion. The main drivers for growth in the aviation industry are increasing population, increasing middle class with significant sending power and almost all want to travel. Working for the industry is very rewarding, challenging and with one type of qualification, say from KSU, and a student graduate could work anywhere in the world – we all follow the same operating and safety procedures.

At KSU a student will get solid foundation, training and education in the aviation industry supported by highly respected and experienced lecturers, industry experts from all over the world. Teaching methods are designed for the 21st century’s educational aspirations, not just reading books and doing a homework! There are projects to work on, explore and investigate and every intricate detail within the industry is examined, assessed and ultimately used in real life scenarios. Lithuania is an ideal location for aviation studies. It’s in the heart of the EU with close connections to the biggest players in the industry such as Lufthansa, British Airways and KLM. Living costs are very reasonable, communication is favourable and Lithuanian people are very polite, hospitable and friendly – equally, they are very efficient, hardworking and excel at almost everything they engage in.

Working in the aviation industry, after graduation especially when study id completed at KSU is guaranteed by the sheer fact that demand for aviation employees are very high and in constant demand, worldwide.

Starting in 1974 at Heathrow Airport, Jack’s company British Mediterranean Airways (BMED) grew from a one aircraft and 65 employees operator to a nine aircraft operation employing over 1,000 people. The airline became one of the most successful franchise partners of British Airways, gaining the prestigious Queen’s Award For Business Enterprise in 2004. BMED was sold to BMI (owned by Lufthansa) in 2007 for £30 million, and in 2011 British Airways bought BMI/BMED for over £175 million.